Winter is the best time to celebrate the weird and wonderful world of Yorkshire ducks...

Most people’s image of ducks is restricted to the green-headed mallard pairs you see in local duck ponds. But in reality, there are over twenty species of ducks in Yorkshire alone!

Ducks are part of the ‘waterfowl’ family which also includes geese and swans. In the northern hemisphere, male ducks (drakes) have bright plumage to attract a mate. The females (ducks) have dull-brown feathers so they can hide from predators and camoflage themselves in their nests to protect their young.

During winter, one of our most spectacular ducks can be seen on any areas of open freshwater - the goldeneye. The drakes are black and white, with a green-ish head and a small white patch directly below a brilliant yellow eye. This annual winter visitor is also called the 'whistler' after the distinctive sound its wings make during flight.

You might not expect the coast to be a top duck-spotting destination, but we have several coastal ducks in Yorkshire including the eider (pictured left) and common scoter.

The eider is a true sea duck who rarely leaves the coastline, staying to feed on its favourite snack: coastal molluscs. The common scoter is easily distinguishable as our only all-black duck, and can be seen in large rafts all along our coastline.

Ducks have many features to help them thrive in their environment - like a duck takes to water!

How to eat
Serrated ‘teeth’ for sifting vegetation are called pecten

Also, most ducks don’t quack! Some growl, some whistle, some coo, some grunt - listen out for all the different sounds at your local wetland.

Ducks are found on every continent, except Antartica!

Go and see for yourself!

Whilst numbers of many of our Yorkshire visiting and native species are stable, some species, including the common pochard, are struggling, due in part to loss of habitat.

This is why maintaining our wetland reserves like Wheldrake Ings and North Cave is so important, to give struggling species a safe space to feed and breed. Your membership is helping us achieve this, so thank you!

In very wet weather some of our wetland reserves can flood and become inaccessible. Please get in touch if you're unsure and ask whether a reserve is safe to visit! 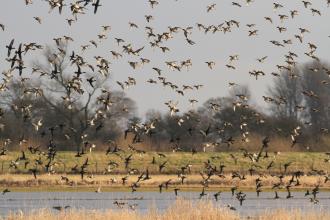 The sheer volume of wintering waterfowl at this reserve is astounding. 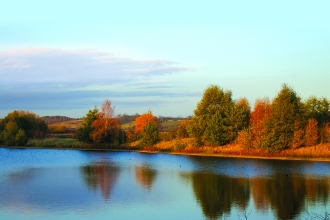 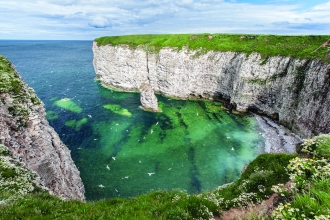 For spotting sea ducks - remember your binoculars for getting a closer look!

Andy Dalton, Gateway Manager at Potteric Carr nature reserve, tells us why the humble starling is worthy of closer look…

As our Yorkshire Nature Triangle project comes to an end, Nature Tourism Manager, Helen Jones, looks back at how Yorkshire Wildlife…

In the next of Liberty's blog series, she explores the great English oak...