Brockadale nature reserve is a jewel in the Yorkshire countryside and an invaluable space for protected wildlife species and local people.

Off Leys Lane, near Little Smeaton - approachfrom the Eastern end of Leys Lane. Please do not drive down from the West/A1 end as there is no through road and no room to turn your car around! Campervans and caravans not permitted.

Cows and sheep graze the meadows at various times throughout the year.

There are permissive footpaths around the site, some steep and narrow on natural surfaces, including kissing gates, steps and bridges. Camping, cycling and rock climbing are not permitted. Campervans and caravans are not permitted.

On a lead
- please see more information regarding dogs below.

The nature reserve is open at all times, but it can get very busy. If the car park is full or the reserve very busy, please consider coming back another time.

Brockadale is a nationally important site for nature located is in the valley of the River Went as it flows through a craggy, steep-sided gorge formed after the last ice-age when glacial melt-water burst through the magnesian limestone rock. Now the river meanders along the flat-bottomed valley.

This site of Special Scientific Interest (SSSI) is particularly important for its ancient woodland, grasslands and flowery slopes, which have never been ploughed. Such grassland habitat is now rare, with magnesian limestone only existing in a narrow band stretching from Nottingham to Durham, its soil producing excellent farmland. The site's flowers only survive because the valley sides are too steep to cultivate.

Over 300 species of plants grow on the reserve, consisting of 33% of Yorkshire's flora and including 3 species of greatest conservation concern. Early flowers such as cowslip, common dog-violet and spring cinquefoil, well suited to the limestone soil, can be seen in spring. Native plants such as rock-rose follow, as well as orchids, salad burnet, yellow-wort, betony, field scabious and, in August, a profusion of clustered bellflower.

Butterflies abound in the meadows, with the spectacular marbled white and dark green fritillary unmissable in July. Day-flying moths like six-spot burnet and chimney sweepers are common, with close to 300 species of moths having been identified on site. The mixed woodland is home to woodland butterflies like speckled wood and white-letter hairstreak.

Around 40 species of bird breed on the nature reserve. Great spotted and green woodpeckers, nuthatch and long-tailed tit are resident, whilst warblers such as chiffchaff, willow warbler, blackcap and whitethroat are summer visitors. Yellowhammer and bullfinch are frequently seen in the hedgerows; kingfisher can be spotted along the river; and buzzard and kestrel may pass overhead. 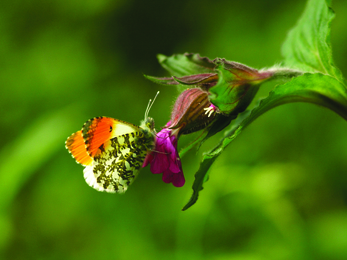 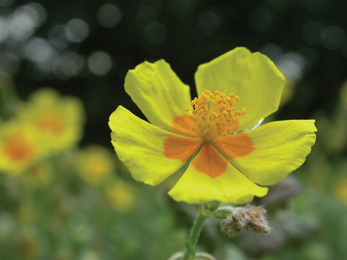 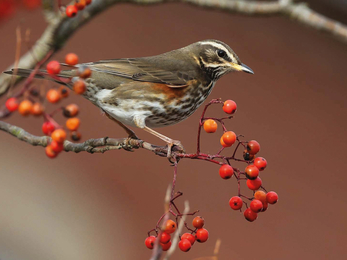 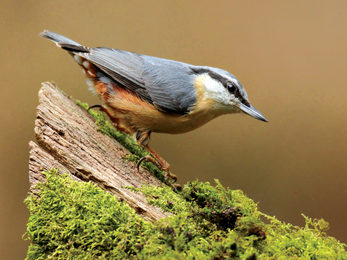