A puffin (Fratercula arctica) by the entrance to its burrow on the top of a cliff, in summer (June). Sumburgh Head, Shetland Islands, Scotland. British Isles. - Alexander Mustard/2020VISION

With its vibrant multicoloured beak and eccentric features, the puffin is one of our most exotic looking birds - it’s easy to see how it earned the nickname Sea Parrot. Fortunately you don’t need to travel to the southern hemisphere to see this tropical looking bird. In fact, you don’t even need to leave Yorkshire!

For centuries, Yorkshire has been a safe haven for puffins and other seabirds like the humongous gannet and the penguin-like razorbill. Each summer, countless seabirds gather together in huge numbers to raise their young on our steep chalk cliffs, but the global climate crisis is putting these Yorkshire born and bred puffins under threat.

We are working to protect Yorkshire’s seas and the wildlife who call them home from the impacts of the climate emergency, pollution and exploitation.

We have ten years to turn the tide or Yorkshire’s seas could fall silent forever. Please help us to give our seas a chance.

Puffins are now an endangered species.

Please help us to protect our precious seas and give Yorkshire’s puffins a chance!

Getting to know our puffins

Beautifully decorated with its multicoloured beak, heavy eyeshadow and distinguished black and white suit, the puffin is easily Yorkshire’s most iconic and charismatic seabird. If you’ve ever seen one, you’ll know it’s hard not to fall for these clifftop characters.

Puffins are best suited to life at sea

With their waddling walk, clumsy flying and habit for bumpy landings, the sea is where they prefer to be. It's where they spend most of their year; bobbing around, far from our coastlines in large groups called rafts.

Puffins only return to Yorkshire for a few months a year

They gather in huge clifftop colonies to raise their chicks, known as pufflings. Unlike any of Yorkshire’s other seabirds, they raise their young in burrows at the top of cliffs (sometimes making use of old disused rabbit burrows) where they remain safely protected from predators until they’re ready to go to sea.

Puffins feed on fish such as sand eels

Surprisingly the stubby wings and gangly legs that makes movement awkward for them on land are perfectly adapted for diving and swimming.

Puffins are able to use their wings to ‘fly’ underwater

Underwater they have great agility, using their legs like rudders to direct them toward their catch. Their serrated bills also allow them to carry multiple fish at a time. In fact, one puffin was recorded as having 83 small sand eels in its bill all at once!

Clowns of the sea...

A puffin (Fratercula arctica) swims underwater. Puffins spend most of their lives at sea and are excellent underwater swimmers, which is how they catch small fish, their main food. They swimming is rather robotic to watch, with discret flaps of their wings and jerky changes in direction. Photographed in July 2011, Farne Islands, Northumberland. England, UK. North Sea. - Alexander Mustard/2020VISION

What's happening to our puffins?

Yorkshire is home to one of the most important seabird colonies in Europe. Each summer, thousands of seabirds, including puffins, kittiwakes and razorbills, flock to Flamborough Head to raise their young amongst the nooks and crannies of the steep cliffs.

At a glance, these ancient breeding grounds may seem as busy and raucous as ever, but each year, due to the impact of human activity, fewer seabirds are returning to Yorkshire to nest and breed.

Sand eels are hugely important part of the North Sea's ecology. In fact, the fledging success of Yorkshire's breeding puffins entirely depends on them. But as the climate crisis causes temperatures in the North Sea to rise, sand eels are being forced to move further north in search of colder waters.

As a result, puffins must travel further and further away from their nests in search of this vital food source, leaving their vulnerable chicks alone, defenceless and starving. Every summer, more puffin nests fail and fewer pufflings fledge.

Find out more about the climate emergency 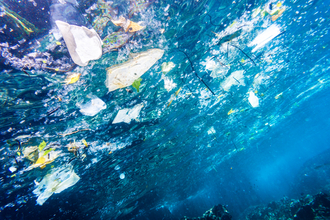 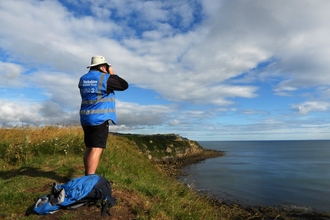 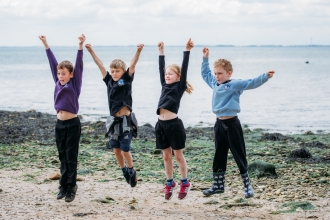 There'll be a jam-packed schedule of events, from puffin activities, evening talks and advice on spotting these amazing little creatures at our very own Flamborough Cliffs (once restrictions allow).

Sign up to hear more about it and receive our very special Puffin Protector Pack today!

We need your help to protect our seas! 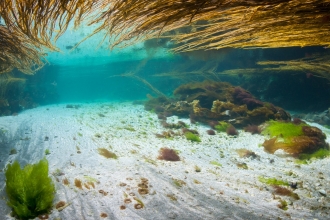 Give Seas a Chance

Yorkshire’s seas were once full of wildlife but now they are falling silent and empty. Help us turn the tide... 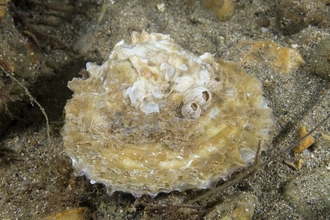 Discover more about these unassuming ecosystem engineers, who were once so prevalent in Yorkshire you could walk across the mouth of the… 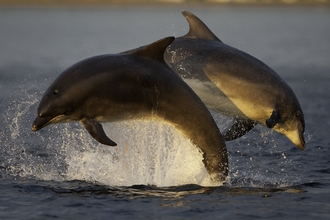 You might not realise it, but you don’t have to travel to far-flung places to see dolphins, in-fact with a bit of luck and a pair of…

Can you Give Seas a Chance by sharing our campaign on social media?

Thank you for your support!