New campaign to protect wildlife in the North Sea

Yorkshire Wildlife Trust is backing a new national campaign – #WaveOfSupport – to give everyone across the country the chance to back 41 new Marine Conservation Zones and protect our part of the Blue Planet around the English coast. Recently, the government launched a consultation asking the public for their views about protecting a new group of Marine Conservation Zones (MCZs) – areas at sea where wildlife is protected from damaging activities. 41 special places have been chosen for the public to comment on. The public have until Friday 20th July to make their views know. 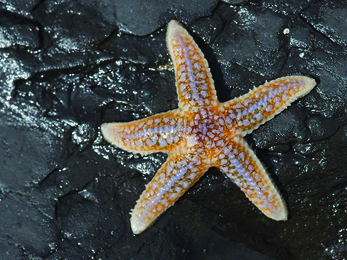 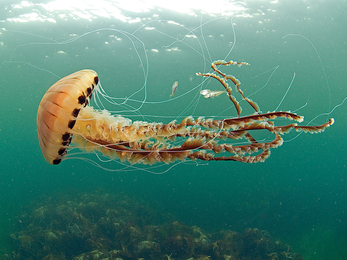 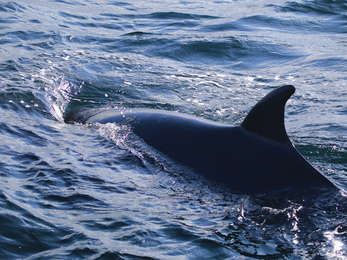 One of the proposed protected areas includes a 1176km2 area off Holderness Coast, which is home to flat fish and sandeels – the favoured food of Yorkshire coast’s puffins. Common lobsters and big edible crabs are also found here and both are an important part of the local economy, supporting a low-impact potting fishery.

Many ocean giants have also been recorded feeding in the area, including Harbour Porpoises, minke whales and even fin whales – the second largest creature on Earth! Seabirds arrive from miles around to feed here including guillemots, gannets and fulmars. However, much of the seabed in the North Sea is damaged – degraded by decades of industrial fishing and aggregate dredging. Some MCZs are already designated to protect the seabed but more are desperately needed.

The North Sea Wildlife Trust’s North Sea Marine Advocacy Officer, Bex Lynam said: “It’s rare that people get a chance to influence the future of our precious seas and the beautiful but fragile wild places and animals that live there. None of these places will be designated unless there is public support for their protection. We believe Holderness Offshore should be designated as an MCZ and has been identified by the Government’s own scientists as at risk of damage and degradation. It’s vital that this site is protected as soon as possible.”

The Wildlife Trusts are urging the public to have their say and join a giant #WaveOfSupport e-action campaign which sends a message to government calling for all 41 potential MCZs to be recognised and protected. The public have until Friday 20th July to make their views know.

To raise awareness and reveal more about the North Sea, Yorkshire Wildlife Trust is running a free sand drawing extravaganza event in Filey in the afternoon of Saturday 30th June. Visitors are invited to use nature’s giant sketch book, enjoy drawing seascapes in the sand and help to create a huge sand drawing. People wanting to take part should arrive on Filey beach next to the Royal Parade paddling pool from 2pm. Bex and her colleagues will be available to explain more about marine environment and the petition will be available for people to sign.