Meet your wild neighbour: the swift!

Your wild neighbour, the swift!

The swift is a fast-flying and distinctive bird with long, curved wings; black all over, with a small, pale patch on its throat, it looks a bit like a boomerang when in the air. Originally nesting on cliffs and in holes in trees, it now mainly nests in buildings, such as churches, and is particularly common in older parts of towns and cities.

Nearly always on the wing, the arrow-like swift is a familiar sight on a summer's evening, wheeling around the sky in groups. It mainly nests in older buildings, where it can gain access to nest sites via small holes below the eaves or under tiles.

They feast on small flying insects and other airborne arthropods, usually catching them high up in the sky. Insects collect in a special pouch at the back of the swift's throat, where they are bound together by saliva until they form a kind of pellet known as a bolus, which can be regurgitated and fed to chicks. A single bolus can contain over 300 insects, with some holding over 1,000.

Have you ever seen a swift?

Where to spot them

Swifts are very sociable and can often be spotted in groups wheeling over roofs and calling to each other with high-pitched screams. They are larger than swallows and martins (which have white undersides) and, unlike them, do not perch on wires, buildings or trees.

When to spot them

Swifts spend the winter in Africa, with the first birds usually returning to the UK in April, though most don't arrive until May. They leave in August.

Just look up when you hear their call - you'll see them in groups in wheeling flight, sometimes very high up, as they hunt for insects.

How can you help?

Help swifts during and after the Great Yorkshire Creature Count with the following top tips!

Specially designed nestboxes help this species to survive in our towns and villages, where renovation work often blocks the small holes they use to access their nest sites. To discover more about swifts and the range of boxes available, visit Swift Conservation or Action for Swifts.

Swift Mapper is a conservation mapping tool – easy and free to use. Anyone can submit records of breeding swifts, building a picture of where they are nesting around the UK. This enables local conservation action for swifts to be focussed in the right places.

If you find a grounded swift, first make it safe by gently placing  in a box, then closing the lid to help it calm down. Swifts are difficult to care for, as they need a special diet,  so your next step should be to contact a swift specialist.

These once-common visitors are now few and far between, with wildlife-lovers scanning the skies in hope of seeing their return.

These once-common visitors are now few and far between. Since 1995, the population has declined by a shocking 53%.

Modern building design and refurbishment of old buildings can mean that swifts struggle to find places to nest. In the 1950s and 1960s, we were used to seeing clouds of insects - car windscreens would be splatted with them. Insect numbers have declined sharply, leaving swifts with ever less food.

We hope to one day see our skies soaring with swifts once again. Many of our nature reserves are insect-rich meadows and pastures, providing essential food.  We're working in partnership with schools, communities, developers and councils to leave wild patches, install nest boxes and avoid pesticides. 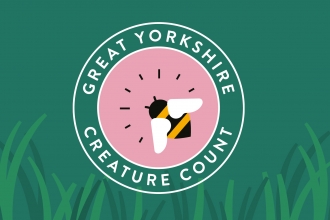 Everything you need to know to take part in the Great Yorkshire Creature Count.

Five creatures to spot from your yard

From sunrise to sunset, look and listen out for these creatures in your little garden or yard... 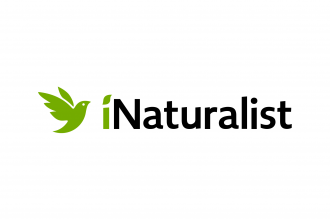 How to use iNaturalist