It's #NationalTreeWeek! This annual event runs from 24th November until 2nd December 2018.

This week raises awareness for the beautiful beings that loom from our streets, parks and forests, pumping out oxygen but often forgotten. The Tree Council offers a range of events throughout the country celebrating the week.

Beginning in 1975, the National Tree Week marks the beginning of the tree planting season. It kicks off on the National Tree Charter Day, which will mark the 801st anniversary of the Charter of the Forest this year. This Charter helped to establish a relationship between people and trees by allowing public use of forests that had previously been owned privately.

In 2015, the Woodland Trust embarked on a mission to establish an updated Tree Charter which took into account an alliance between trees and people, stemming from our growing environmental consciousness in the modern day. The Trust collected 60,000 tree stories from more than 70 organisations and 300 local community groups around the UK to draw up the ten principles of the Charter. These new principles illustrate the updated relationship between us and our giant green friends, which revolves around respect rather than valuing trees merely for the profit we gain from them.

I have decided to illustrate my passion for trees, and celebrate this week, by beginning a tree blog inventory to aid my own knowledge as well as inspire others to learn more about trees.

Native to the Balkan peninsula, the Turks introduced the horse chestnut for ornamental uses in 1616.

There are a few stories around the origin of the tree’s name. Some suggest it’s merely due to the inverted horse shoe that appears once the leaf has fallen, but a more romantic story is that the Turks used the leaves to relieve their horses of coughs and panting, showing that nature helps its own.

The photos below document how to identify a horse chestnut tree, and what they are generally used for. Click on each one to see the caption. 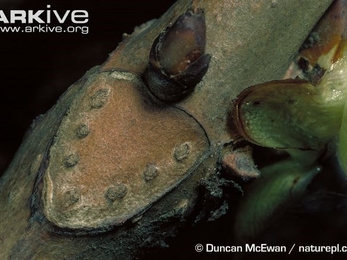 Fallen leaves mark their place on the twig in the form of a beautiful inverted horseshoe pattern, carved in perfect symmetry. 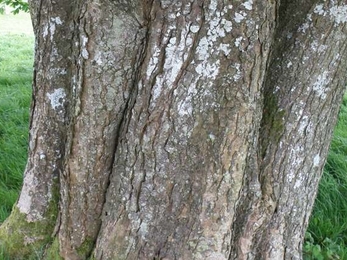 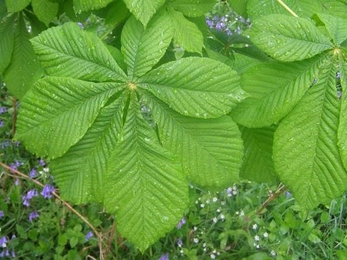 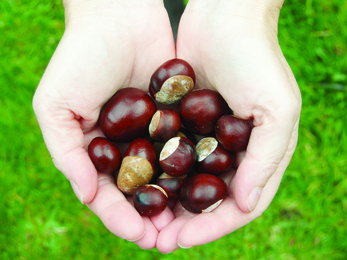 So, the horse chestnut tree provides us with delightful street art, ease of breath and movement and autumn-time happiness. It really is a fruitful and fun-loving tree, watching over us play amongst its fallen leaves with the quiet smile of a wise old man.

In the next of Liberty's blog series, she explores the great English oak...

Tomorrow's Natural Leader Liberty explains why getting closer to nature is so important.

The Tomorrow’s Natural Leader’s programme began with a bang this September, rolling on its third year. Liberty Anstead, one of this year…